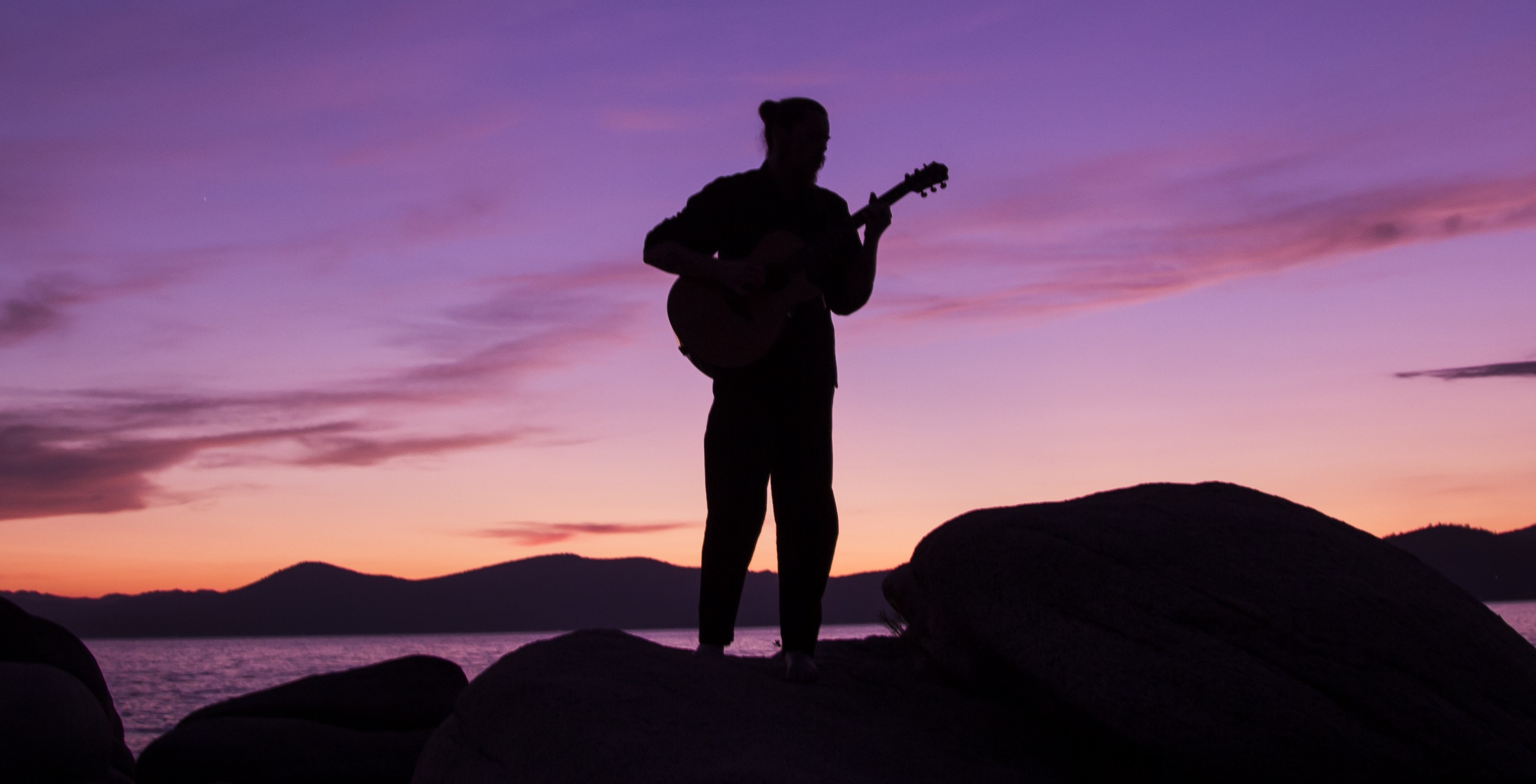 “After several years of playing the electric guitar, I put down the instrument and picked up martial arts. When a serious injury left me in solitude, I picked up my old acoustic guitar and realized the similarities between the two arts. That inspired me to live my life exploring the endless possibilities of music and the guitar, and sharing the inspiration that music brings to us all.”

Producing his new album “Steppes” in Montreal, Canada with renowned guitarist and engineer Antoine Dufour, Adrian has been performing throughout the US and beyond with his modern percussive approach to acoustic fingerstyle guitar. For years Adrian has been a dedicated student of a unique yet ancient style of vocal expression from the far reaches of the Republic of Tuva, located in the center of the Asian continent bordering Mongolia.  In his album “Steppes” Adrian introduces his Tuvan-style throat singing and has been mesmerizing his audience with this complicated and audibly striking sound.  The fresh direction of his tonal odyssey is that of someone dedicated to their craft on every level.
“With music, you can really go deep and pull someone’s heart strings, and you never want to close any doors. It’s about the person who reaches out to you and says that they love your music. It’s really my therapy when I can captivate someone, influence them.”
Adrian has shared the stage with world-renowned guitarists such as Andy McKee, Antoine Dufour, Craig D’Andrea and Don Alder.  He has been complimented by guitar masters such as John Doan, Thomas Leeb and Don Ross.
Adrian now calls Portland, Oregon home but has been running his musical operation mostly abroad. He regularly tours the east and west coasts, Canada, California, Hawaii and recently Mexico. This year his upcoming touring locations include Asia, Brazil, Western Europe and much of the United States and Canada. Adrian has been featured and interviewed on networks such as KCRA3, Capital Public Radio and TEDx in his native town of Sacramento, California. He has been featured multiple years at The NAMM Show both in Southern California and Nashville, pairing up with artists such as Joe Kye and Kris Schulz on stage.