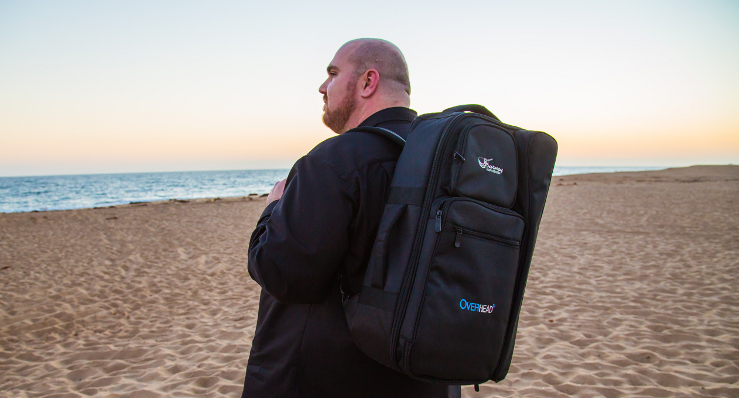 An Irvine, California native, Donovan Raitt started his musical career with the piano at the age of 5. At the age of 11, Donovan fell in love with the electric guitar and started taking lessons. Unaware of his family’s history with the electric guitar (Donovan’s cousin is Grammy winning blues guitarist Bonnie Raitt), Donovan’s love for the guitar grew as he started to perform regularly in a wide variety of styles, Performing his first professional gig at the age of 15.
In 2001 Donovan was one of 10 students admitted to the prestigious Studio/Jazz guitar program at the University of Southern California’s Thornton School of Music, and was the recipient of the Paul LaRose memorial scholarship for guitar. While at USC, Donovan studied jazz and contemporary guitar styles with Steve Trovato, Richard Smith, Frank Potenza, and Pat Kelley, as well as classical, flamenco and fingerstyle guitar with David Oakes and James Smith. Donovan graduated from the studio guitar program with honors from USC in 2005.
After graduating, Donovan has been active as a professional musician in the Southern California area, with several recording and live credits, including some of the top venues in Southern California.
In 2007 at the age of 24, Donovan started teaching in the music department of Concordia University Irvine, and currently serves as adjunct professor of Guitar and Music Technology and Worship Arts. Donovan has also served on the music faculty at Concordia University in Seward, Nebraska, where he taught online courses and lessons in Guitar and Worship Arts.
In 2010, Donovan completed a master’s degree in Guitar Performance (Jazz Studies) from the Cole Conservatory of Music at California State University, Long Beach, studying 7-string guitar with Ron Eschete. While at CSULB, Donovan wrote his master’s thesis on the life of music of Michael Hedges entitled “Michael Hedges and the Re-Invention of Acoustic Fingerstyle Guitar”
Church music has been a central focus of Donovan’s career. Since 2009, Donovan has served as the director of music at Aliso Creek Presbyterian Church in Laguna Niguel, and has performed and worked at several churches in California, Including Mariners Church, Irvine Presbyterian Church, Salem Lutheran Church, Corpus Christi Church, and Knox Presbyterian Church.
Donovan has been very active as an educator and writer, having written and published guitar lessons for zapguitar.com, guitarschool.net, iPerform3d.com, and strum-n-comfort.com. In 2008, Donovan self-published a guitar method book entitled “The Practical Guitar Method: Real-World Instruction for the Beginning to Advanced Guitarist” Donovan also serves as the music director of the Association of Fingerstyle Guitarists, giving monthly masterclasses on fingerstyle guitar technique and composition.
During his time studying from some of the best guitarists in the world, Donovan fell in love with fingerstyle guitar, and began writing his own solo guitar compositions. In 2012, Donovan released his first CD of original fingerstyle guitar music entitled Strategic Tension thanks to the help of several financial backers and kickstarter.com. In 2013, Donovan released Guitar Hymns Vol. 1, an EP of hymn arrangements for solo guitar. Donovan continues to perform and compose in Orange County, CA.
http://donovanraitt.com
Buy Donovan’s music on iTunes!
https://itunes.apple.com/us/artist/donovan-raitt/id574181553