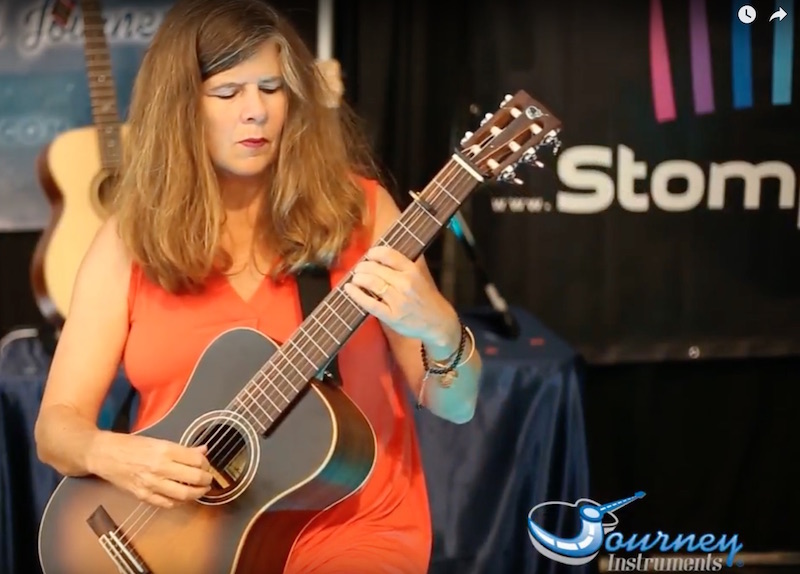 Believing in the power of music and its great potential to unite, connect, and touch us all, Michelle began composing music in 2011 and now shares her music as both a composer and performer at concerts, festivals, house concerts, yoga studios, art galleries, and special events. As a composer, multi‐instrumentalist, and classically trained guitarist, her work is inspired by her curiosity of sound production, both acoustic and electronic, as well as mysticism, nature, and the experiences she gathers from traveling and sharing her music.

Michelle’s music is broadcast on radio stations throughout the world and licensed on a global platform. Her current album, Seventh Wave, is out now. Scattering Stars won Best Ambient Album for 2016, charting at #7 on the One World Music Radio Top 100 monthly chart and #14 on the ZMR Top 100 chart; it also placed in the top 50 albums of the year on the ZMR charts. Her music is heard on many Ambient and New Age music playlists, including Echoes Radio, where it ranked in the top 25 albums for Echoes Radio’s monthly chart as well as being an “Editor’s Pick” and “Staff Pick” on CD Baby. Seventh Wave (2017) and Scattering Stars (2016) are published by Heart Dance Records. Margalla Hills (2015), Meditations (2014), Flow (2014), Suite Beats (2014), Illumination (2012), and Of Light (2012) are published by her label Music as Metaphor.
Artist info:
http://www.michellequreshi.com/
https://www.youtube.com/user/MusicAsMetaphor
https://www.facebook.com/Michelle.Qureshi.MusicAsMetaphor
Tweets by MusicAsMetaphor
https://www.instagram.com/musicasmetaphor/