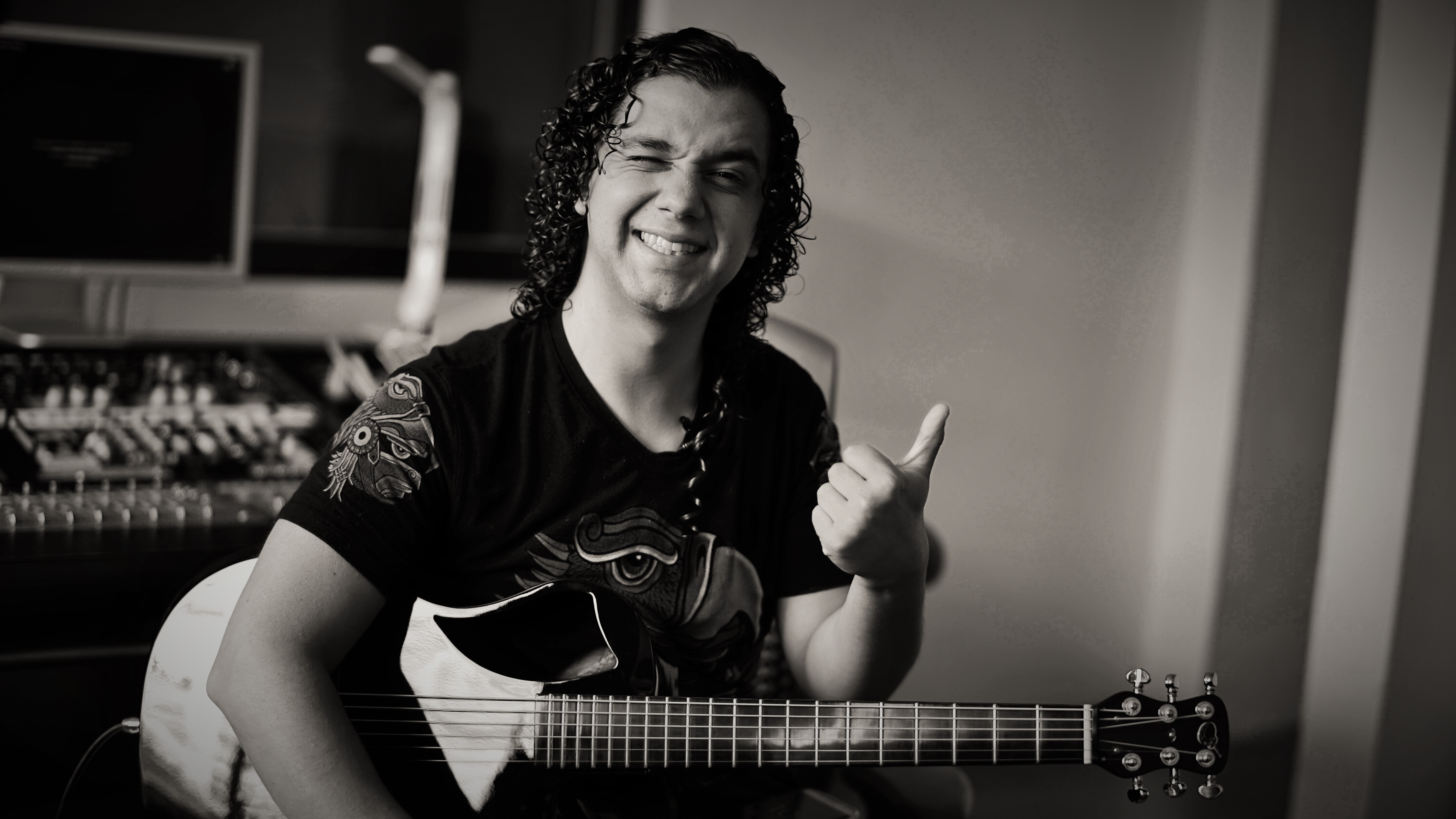 Roberto Valadez
Artist from birth, musician by heritage, and guitar player for vocation, Roberto Valadez searches for himself to turn into a musical mirror for society, he pursues to generate concience, telling his vision of life through original songs and arrangements.
He starts the Writing, Record, Tour process in 2013 after he finishes his professional music studies in Mexico City, being taught by great musicians like Eugenio Toussaint (Latin Grammy nominee and “Lira de Oro” Winner) and Adrian Terrazas Gonzáles (Grammy Winner for The Mars Volta)
He has played in Mexico, USA, Spain, Germany and Czech Republic thanks to his work as musical director and producer for “Atletia” and his Radio and Tv Songs.

Madrid by Agustin Lara (in Spain)